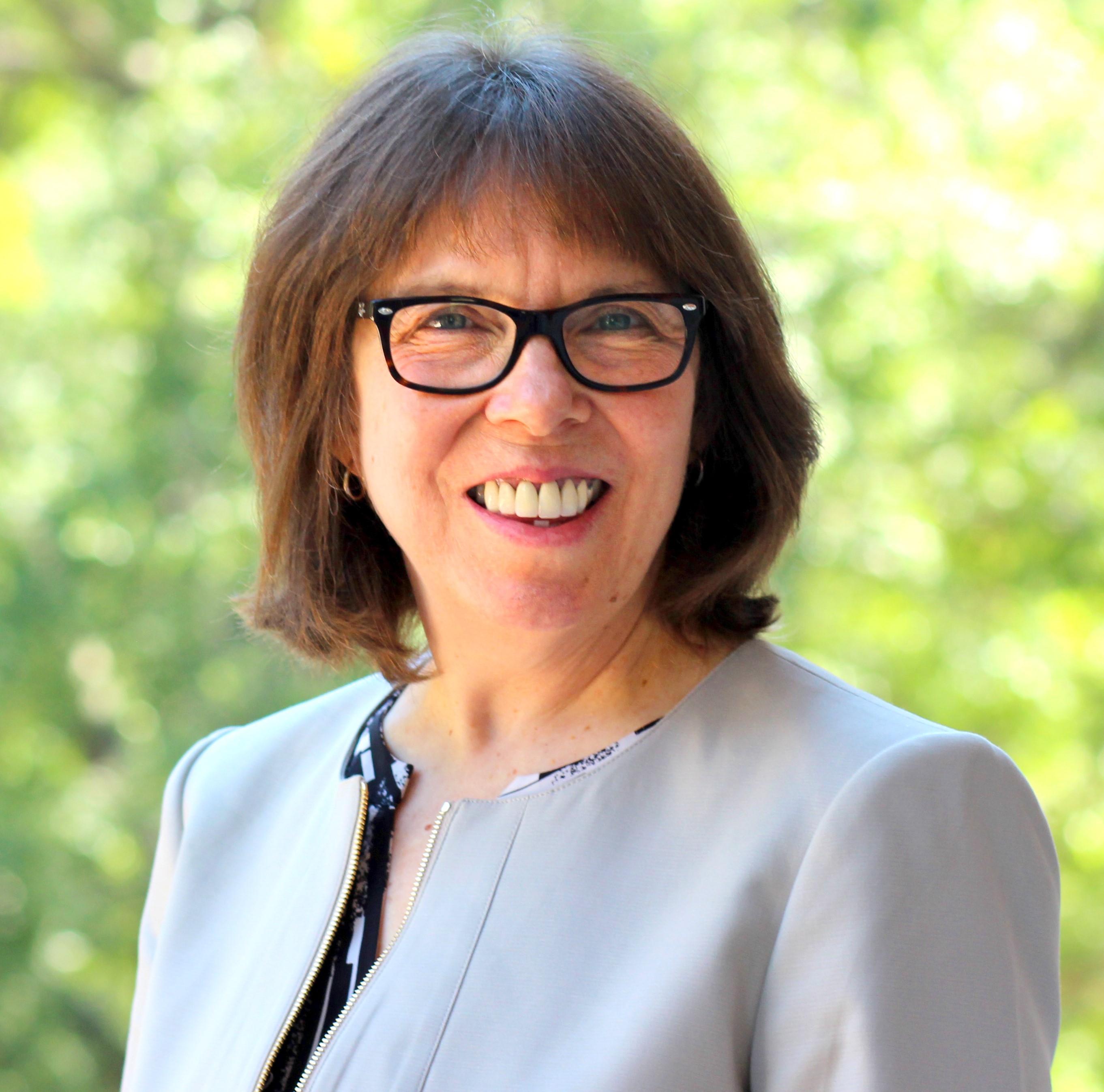 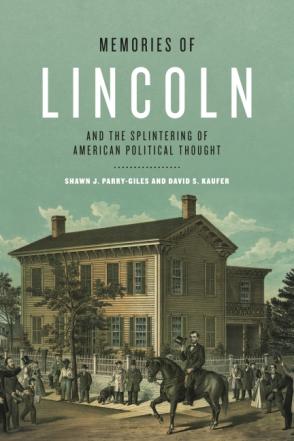 Dr. Parry-Giles is the author, co-author, or co-editor of seven books. Most recently, Dr. Parry-Giles co-authored the book (with David S. Kaufer) Memories of Lincoln and the Splintering of American Political Thought. State College: Penn State University Press, 2017. She also authored the following books: Hillary Clinton in the News: Gender and Authenticity in American Politics (recipient of the Marie Hochmuth Nichols Award) and The Rhetorical Presidency, Propaganda, and the Cold War, 1945-1955 (named a Choice ""Outstanding Academic Title""). In addition, she is a co-author of Constructing Clinton: Hyperreality and Presidential Image-Making in Postmodern Politics, as well as The Prime-Time Presidency: The West Wing and U.S. Nationalism (with Trevor Parry-Giles). Dr. Parry-Giles is also co-editor of the Handbook of Rhetoric and Public Address (with J. Michael Hogan).

Dr. Parry-Giles is the director of the Mark and Heather Rosenker Center for Political Communication and Civic Leadership. She is also co-editor of the journal: Voices of Democracy (with J. Michael Hogan)—a project that was initially funded by the National Endowment for the Humanities--and co-editor of the Recovering Democracy Archives: Speech Recovery Project (with Lauren Hunter).

Current research projects include a large scale text mining/digital humanities project focused on Hillary Clinton's speeches and memoirs from 1993 through 2016 and a project that addresses the debate over the Exoduster movement in the post-Reconstruction era that marked a mass migration of freed slaves to Kansas.

Memories of Lincoln and the Splintering of American Political Thought

In the aftermath of the Civil War, Republicans and Democrats who advocated conflicting visions of American citizenship could agree on one thing: the rhetorical power of Abraham Lincoln’s life. This volume examines the debates over his legacy and their impact on America’s future.

In the thirty-five years following Lincoln’s assassination, acquaintances of Lincoln published their memories of him in newspapers, biographies, and edited collections in order to gain fame, promote partisan aims, champion his hardscrabble past and exalted rise, and define his legacy. Shawn Parry-Giles and David Kaufer explore how style, class, and character affected these reminiscences. They also analyze the ways people used these writings to reinforce their beliefs about citizenship and presidential leadership in the United States, with specific attention to the fissure between republicanism and democracy that still exists today. Their study employs rhetorical and corpus research methods to assess more than five hundred reminiscences.

A novel look at how memories of Lincoln became an important form of political rhetoric, this book sheds light on how divergent schools of U.S. political thought came to recruit Lincoln as their standard-bearer.

Hillary Clinton in the News: Gender and Authenticity in American Politics

The charge of inauthenticity has trailed Hillary Clinton from the moment she entered the national spotlight and stood in front of television cameras. Hillary Clinton in the News: Gender and Authenticity in American Politics shows how the U.S. media created their own news frames of Clinton's political authenticity and image-making, from her participation in Bill Clinton's 1992 presidential campaign through her own 2008 presidential bid.

Using theories of nationalism, feminism, and authenticity, Parry-Giles tracks the evolving ways the major networks and cable news programs framed Clinton's image as she assumed roles ranging from surrogate campaigner, legislative advocate, and financial investor to international emissary, scorned wife, and political candidate. This study magnifies how the coverage that preceded Clinton's entry into electoral politics was grounded in her earliest presence in the national spotlight, and in long-standing nationalistic beliefs about the boundaries of authentic womanhood and first lady comportment. Once Clinton dared to cross those gender boundaries and vie for office in her own right, the news exuded a rhetoric of sexual violence. These portrayals served as a warning to other women who dared to enter the political arena and violate the protocols of authentic womanhood.

The Handbook of Rhetoric and Public Address

A state-of-the-art companion to the field that showcases both the historical traditions and the future possibilities for public address scholarship in the twenty-first century.

The Handbook of Rhetoric and Public Address is a state-of-the-art companion to the field that showcases both the historical traditions and the future possibilities for public address scholarship in the twenty-first century.

The essays in Public Address and Moral Judgment consider the powerful role of public discourse in the constitution of a moral code for the American people.

The essays in Public Address and Moral Judgment, on topics ranging from WWII propaganda to the civil rights rhetoric of President George H. W. Bush to the photographs from the Abu Ghraib prison, consider the powerful role of public discourse in the constitution of a moral code for the American people.

The Prime-Time Presidency: The West Wing and U.S. Nationalism

The Prime-time Presidency presents a detailed critique of The West Wing rooted in presidential history, an appreciation of television's power as a source of political meaning, and television's contribution to the articulation of U.S. national identity.

Contrasting strong women and multiculturalism with portrayals of a heroic white male leading the nation into battle, The Prime-Time Presidency explores the NBC drama The West Wing, paying particular attention to its role in promoting cultural meaning about the presidency and U.S. nationalism. Based in a careful, detailed analysis of the "first term" of The West Wing's President Josiah Bartlet, this criticism highlights the ways the text negotiates powerful tensions and complex ambiguities at the base of U.S. national identity--particularly the role of gender, race, and militarism in the construction of U.S. nationalism. Unlike scattered and disparate collections of essays, Trevor Parry-Giles and Shawn J. Parry-Giles offer a sustained, ideologically driven criticism of The West Wing. The Prime-time Presidency presents a detailed critique of the program rooted in presidential history, an appreciation of television's power as a source of political meaning, and television's contribution to the articulation of U.S. national identity.

Constructing Clinton focuses on the image of Bill Clinton as it was defined by and trapped in the hyperreality so characteristic of contemporary presidential politics.

Bill Clinton is the embodiment and epitome of American politics in the postmodern, mediated age. Clinton’s able marshaling of images, which allowed him to retain popularity and position when faced with compelling obstacles, marks him as the preeminent figure in a fluid and fluctuating era of image-politics. Constructing Clinton: Hyperreality & Presidential Image-Making in Postmodern Politics pays particular attention to the collection of disparate, sometimes connected, often random images that create a site of political meaning we know as «Bill Clinton, former president of the United States.» Through analyses of unique image texts – including The Man from Hope, The War Room, Primary Colors, MTV’s Biorhythms, and PBS’ The American President – Constructing Clinton focuses on the image of Bill Clinton as it was defined by and trapped in the hyperreality so characteristic of contemporary presidential politics.

"A well-researched, carefully conceived book of interest to students of the U.S. propaganda apparatus and students of presidential rhetoric and communications strategies."--Journal of American History

Both Truman and Eisenhower combined bully pulpit activity with presidentially directed messages voiced by surrogates whose words were as orchestrated by the administration as those delivered by the presidents themselves. A Review of the private strategizing sessions concerning propaganda activity and the actual propaganda disseminated by the Truman and Eisenhower administrations reveals how they both militarized propaganda operations, allowing the president of the United States to serve as the commander-in-chief of propaganda activity. As the presidents minimized congressional control over propaganda operations, they institutionalized propaganda as a presidential tool, expanded the means by which they and their successors could perform the rhetorical presidency, and increased presidential power over the country's Cold War message, naturalizing the Cold War ideology that resonates yet today. Of particular interest to scholars and students of political communication, the modern presidency, and Cold War history.